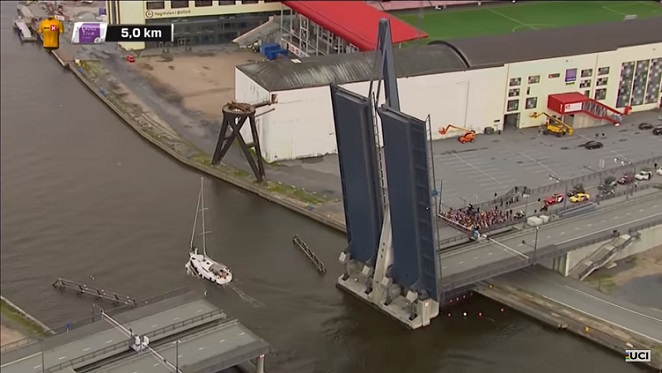 An unexpected bridge opening left the second stage of the Ladies Tour of Norway in disarray, with four riders seeing their lead wiped out with 5km remaining.

Once the bridge lowered and the barriers re-opened, the race restarted but the breakaway was not awarded their advantage. Chloe Hosking (Ale Cipollini) eventually won the restarted stage, with Marianne Vos (WM3) finishing second and claiming the overall race lead.