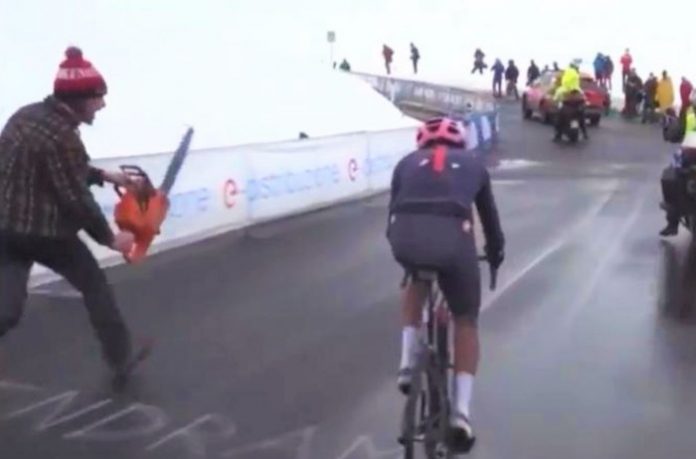 Bizarre footage has emerged of fans appearing to be wielding chainsaws running next to Egan Bernal during stage 16 of the Giro d’Italia.

Their actions were missed by the public on live broadcast because TV pictures were lost but footage has now emerged of the incident. The two men brought chainsaws onto the final climb of the day, the Passo Giau, and when race leader Egan Bernal was racing up the climb alone out front, the two spectators ran alongside him, brandishing their chainsaws.