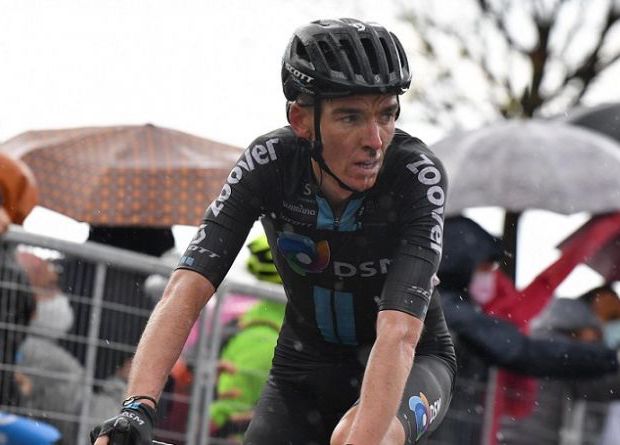 Romain Bardet is confident on the eve of the final week of the Giro d’Italia. The current number seven in the GC is aiming for a podium place in Milano, but considers Egan Bernal unbeatable.

“There are six riders competing for only two podium places. It will be an exciting fight, in which anything can still happen”, says Bardet.

“The other five are in better shape than I, but the battle ax has not been buried yet. We saw on Monday that the rankings are certainly not set yet. Everyone tries to follow Bernal and move up in the rankings. That will be very interesting to see”.

“Bernal showed us all his heels. And to take the pink jersey from him… He and his team have been so strong from the start of the Giro that nobody dares to think about it at the moment.”

The difference between Bardet and third place Hugh Carthy is almost a minute and a half. But Bardet also keeps an eye on the other competitors.

“If Yates has a good few days, he can fix things, but EF Education-Nippo and Astana-Premier Tech are also strong. I still feel fresh. I did not start this Giro at 100%, the plan was to peak in the third week. Monday was already a good signal”.

“Something has been missing since the start of this season, but I think I am now back at my top level. That gives hope for what is yet to come. The differences above me are pretty small and it will be a struggle to the very end, but I have nothing to lose and will race aggressively”.