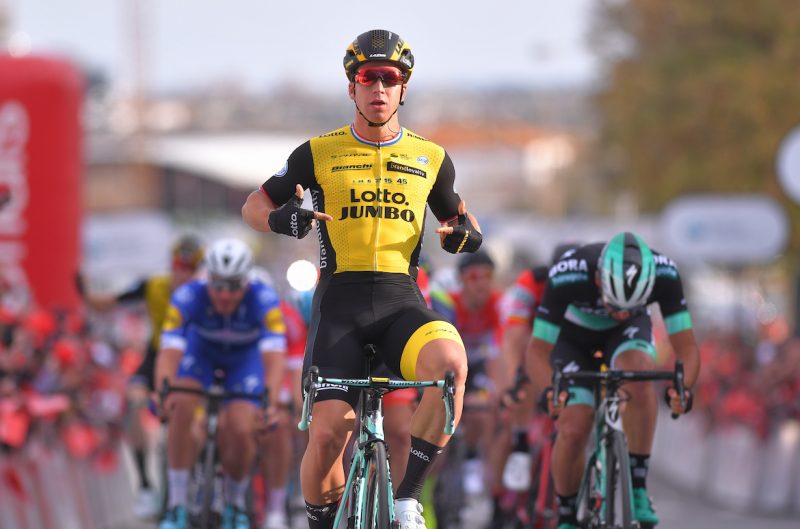 The Dutchman began his sprint from the pole position and easily took the stage win. He beat Matteo Pelucchi (Bora-hansgrohe) and John Degenkolb (Trek-Segafredo) in the bunch sprint.

Geraint Thomas (Sky) kept his lead in the general classification over his teammate Michal Kwiatkowski. The Pole is 19 seconds back of Thomas.

“This is a very beautiful day”, Groenewegen said. “The team did a great job today. Not only with the leadout but also with controlling the race all day. It was a fast stage with a few short climbs and a very hectic final, but we didn’t panic. Not even when Philippe Gilbert and Dylan Teuns attacked on the last hill. The boys led me out perfectly and I finished it off. Everything worked out as we had hoped”.