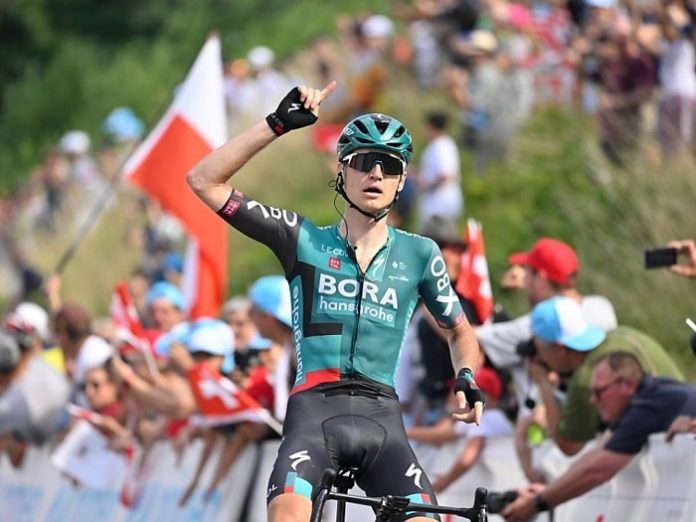 Vlasov pipped Neilson Powless and Jakob Fulgsang in a four-man group in Novazzano near the Italian border.

Tour de Romandie champion Vlasov takes over the yellow jersey from Stephen Williams, who had held it since Sunday’s opening stage, and is six seconds ahead of Fulgsang in the overall standings.

“I tried to push as much as I could. Everybody was all out,” Vlasov said. “Being in the lead means more work for our team tomorrow. We will try to do our best”.

Earlier, the peloton in Switzerland was weakened as Jumbo-Visma withdrew due to a Covid-19 outbreak in their team.

Thomas’ Ineos team-mate Adam Yates also pulled out of the race after returning a positive test.

Friday’s sixth stage heads west from Locarno to Moosalp with 180km of racing including a beyond categorised climb at the Nufenen Pass, located 2,478 metres above sea level.