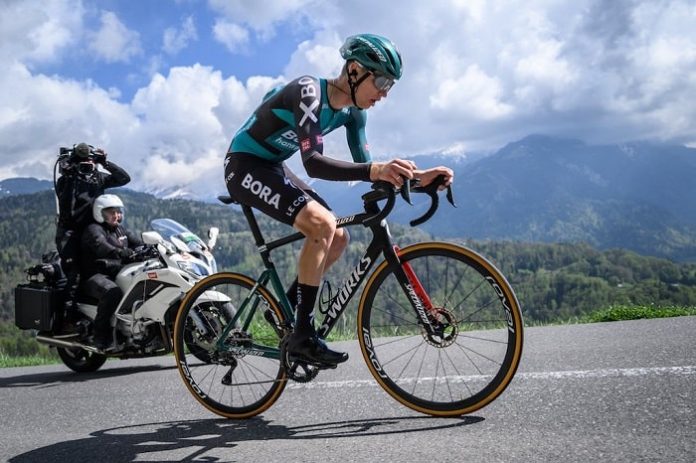 Aleksandr Vlasov won the Tour of Romandie on Sunday, the biggest victory of his career, by powering to victory in the final stage a 15.8 kilometres time trial.

The 26-year-old rider finished the rainy ride from Aigle to Villars in 33min40s, 31 seconds ahead of Simon Geschke (Cofidis).

“It’s an amazing day for me and my first stage victory in a WorldTour race. It’s amazing,” Vlasov said.

“Yesterday was a perfect team victory and my goal from the start of this race was this stage,” Vlasov said. “It was the most important stage of the race, it was all for GC. I just wanted to do my best. I decided not to push too hard and then save something for the final. I think that I was regular on the climb. Yesterday was more of a warm-up and today I went full gas. My goal was to win the GC and I just did my best.”

Vlasov, who had finished second in the mountain stage on Saturday, ended 50 seconds clear of Gino Mader, who was third on Sunday, in the overall standings. Geschke was third another five seconds back.

Overnight leader Rohan Dennis, who had battled hard to stay with the climbers on Saturday, had a disastrous day finishing the stage 22nd at 2 min 12sec. The Australian slipped to eighth overall, 1min54s behind Vlasov.