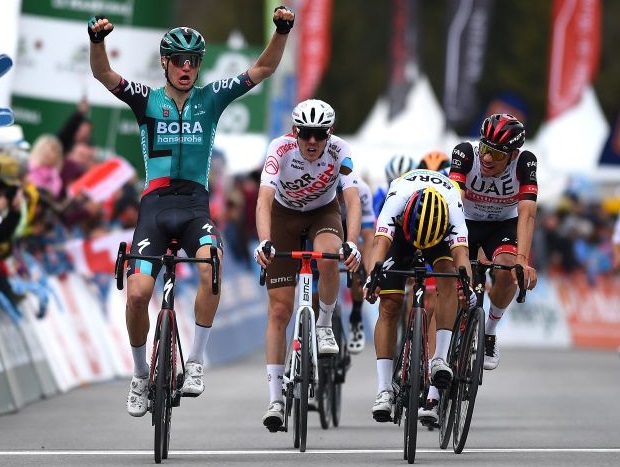 Sergio Higuita and Aleksandr Vlasov scored a Bora-hansgrohe one-two in the queen stage of the Tour de Romandie on Saturday.

The two Bora-hansgrohe captains emerged from the front of a the favorites group in a dragging uphill sprint. Higuita kicked first before Vlasov countered and nearly shouldered into his Colombian wingman. Vlasov looked to have nabbed the stage, but Higuita held on for his fourth win since joining Bora-hansgrohe this winter.

Rohan Dennis is on the verge of delivering his first stage race for Jumbo-Visma after emerging from the mammoth mountain slog with the overall lead. Dennis climbed the final mountain alongside Steve Kruijswijk to finish just three seconds behind the winning group.

The double time-trial world champion can now look ahead to Sunday’s last-day uphill individual time-trial with confidence of taking the Tour de Romandie.

In the overall standings, Juan Ayoso trails by just 15s, with Vlasov third at 18s and O’Connor at 25s, so any slip from Dennis will likely be punished.

Sunday’s test is a 15.8km run up a constant incline with 875m altitude gain.