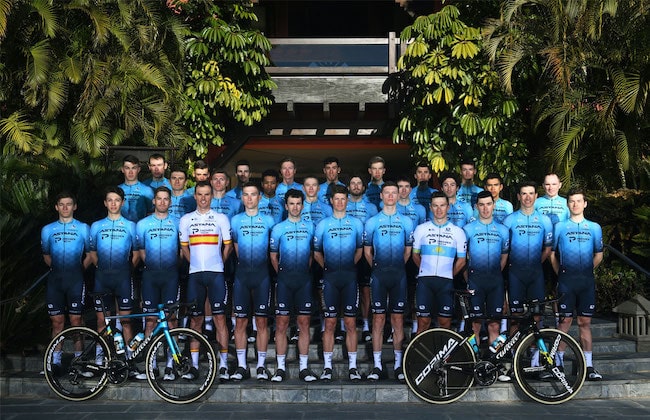 Astana-Premier Tech has revealed the leaders’ plans for 2021. In the Giro d’Italia, the Kazakh team aiming for the overall victory with Aleksandr Vlasov. In the Tour de France, leaders will be Ion Izagirre, Jakob Fuglsang and Alexey Lutsenko.

Vinokourov is aiming for thirty victories in 2021. He also hopes to win the overall in the Giro d’Italia. Vlasov must ensure this as the outspoken leader of Astana-Premier Tech. The talented Russian himself says he is going for “the best possible result” in the Giro.

Kazakh champion Lutsenko spreads his chances. He focuses on the Ardennes classics, the Tour de France and the Olympic Games. For Ion Izagirre, the one-week stage races are a goal, with the emphasis on the Tour of the Basque Country. The climber would like to win his home race.

Jakob Fuglsang makes the Olympic Games his main goal. Nevertheless, he has a full agenda in the run-up to Tokyo, with Strade Bianche, the Tour of Flanders, the Walloon classics and the Tour of Switzerland as the final preparation for the Tour de France.

“I hope I can win another monument”, said Fuglsang during the team presentation. “But above all I hope that we can return to a normal season. My big goal is the Olympics. The road race is my main goal this year and that is why I hope that the Games will continue. ”