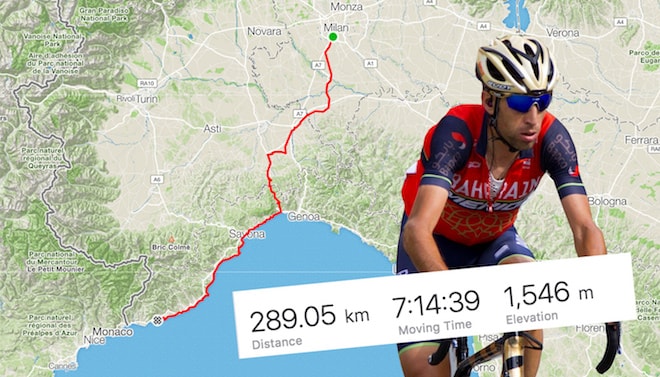 After he managed to take a historic victory at Milan-San Remo, Vincenzo Nibali has shared his impressive ride with us on Strava. 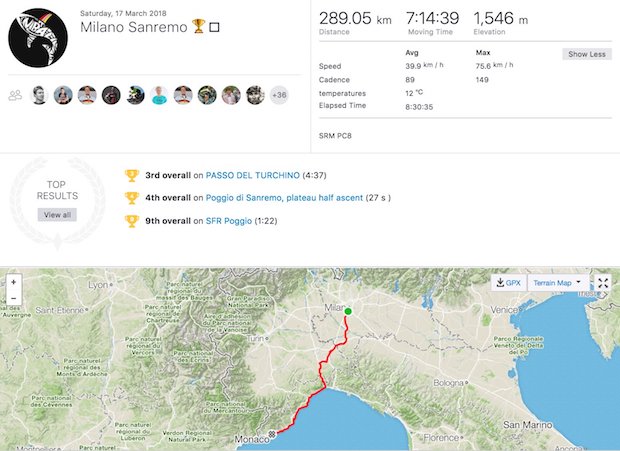 Nibali had attacked on the key flashpoint of the Poggio climb within six kilometres of the finish – putting in a daring move to distance all of his rivals.

No KOM on the Poggio for the Bahrain-Merida star – that still belongs to Michal Kwiatkowski from last year – but he went up it 10 seconds quicker than any of his rivals on Saturday, which is what made the difference.

Nibali’s time of 3-43 on the 3km Poggio (Descent) Strava segment puts him in 13th place of the riders tackling the race in 2018. Davide Cimolai (Groupama-FDJ) was quickest on the day with 3’19”. 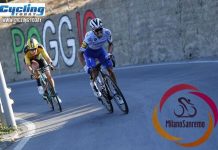