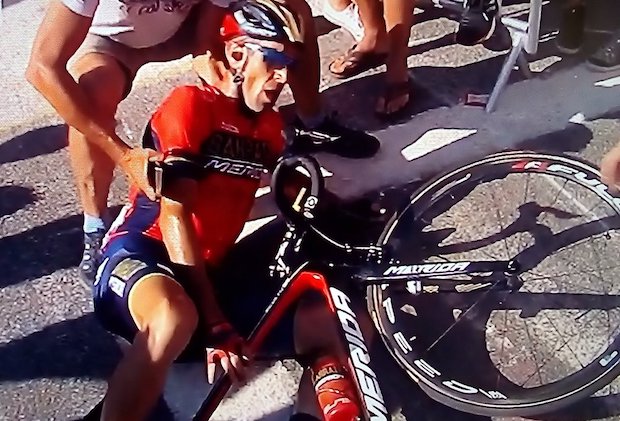 (AP) – Vincenzo Nibali will return to training in a few days after undergoing back surgery following a crash in the Tour de France.

Nibali broke his 10th vertebra on the climb up to Alpe d’Huez on July 19 when a fan caught their camera strap on his handlebars.

The Bahrain-Merida team says its 33-year-old rider ”has undergone a successful surgery” at the La Madonnina clinic in Milan.

The statement on Tuesday adds that the operation ”consisted of the injection of biocompatible cement into the body of the vertebra.”

Nibali will be released on Wednesday and can return to training on a static bike in a few days. He will then resume training on the road with an eye on the Vuelta, starting Aug. 25, as well as the World Championships road race on Sept. 30.