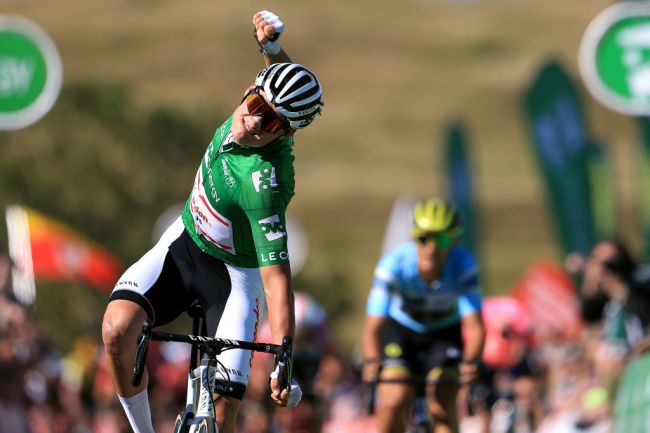 The Dutch rider got the better of Trentin (Mitchelton-Scott) in a thrilling sprint up the short but steep climb to extend his overall advantage to 12 seconds with just Saturday’s Greater Manchester finale to come.

Simon Clarke (EF Education First) then led the peloton across the line, three seconds down on Van der Poel.

Victory atop Burton Dassett – tackled three times in the closing 28 kilometres of Friday’s stage – was van der Poel’s second of the week on British soil.

“I saw that there was still someone on my wheel,” said Van der Poel. “It was a flatter part in the climb and there I took the time to recover and get some breath again so I could focus on the final 200m sprint.

“I feel pretty good. I feel better day-by-day and I surprised myself with the TT yesterday. I think it’s an indication of my shape if you can ride that fast over 14km on your own.