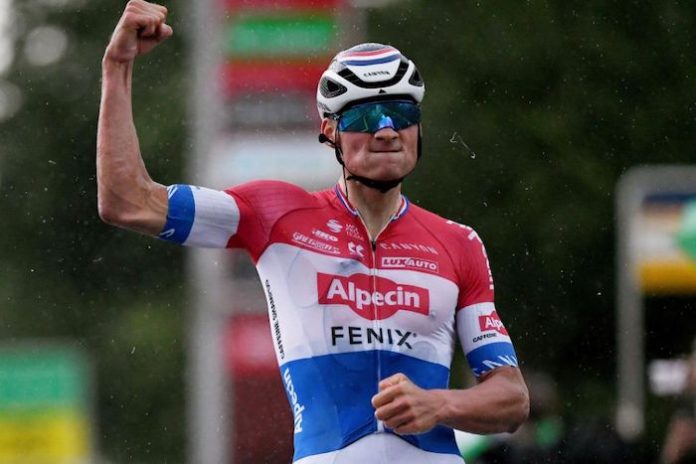 Mathieu van der Poel won the second stage of the Tour de Suisse on Monday as Stefan Kung held onto the overall lead.

You can rewatch STAGE 2 of 2021 Tour de Suisse HERE

The Alpecin-Fenix star produced a devastating final burst of speed to leave Maximilian Schachmann in second and fellow countryman Wout Poels in third in wet conditions on the race used as a warm-up to this month’s Tour de France.

Julian Alaphilippe finished in seventh and moved within a second of the Kung’s yellow jersey.

With 44km to go the breakaway of five riders including Claudio Imhof climbed Oberricken at 905m altitude. Imhof as well as well as fellow countryman Tom Bohli opened up space to go clear on the decent.

Imhof’s lead lasted until the final 9km as the peloton caught up with the 30-year-old to set-up a frantic run-in to Lachen which included a 2.4km climb in heavy rain.

Alaphilippe and Schachmann were among a host of riders in a nine-man group to attempt attacks in the final 5km.

Van der Poel, Wout Poels and Schachmann then broke away to fight the final kilometre. Van der Poel spotted Schachmann glancing behind him and he powered ahead to claim the win on the greasy surface.

Tuesday’s third stage is a 185km run starting from Lachen on Lake Zurich to Pfaffnau with two category climbs. 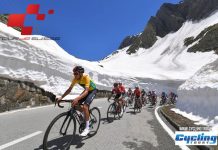