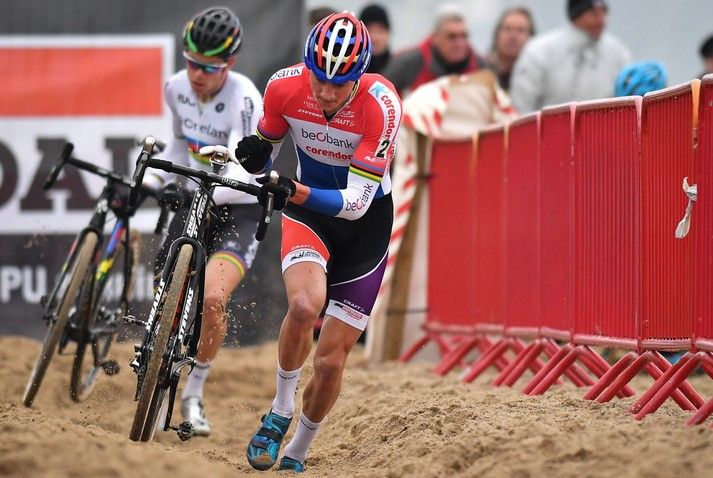 Van der Poel and Wout Van Aert battled it out again. The two started started the race well, but Van Aert was already on the ground in the first lap. He slipped out in a technical section, allowing van der Poel to get a first gap. Van Aert quickly got bag but in the second lap, he again had a problem.

Van der Poel pulled through and got another gap but a strong Van Aert didn’t give up. In the fourth lap, he again latched onto van der Poel and Tom Meeusen, but then he made a third mistake. Van Aert’s handlebars hit the barrier and he had to let the duo go. Van der Poel was not faultless though and his lead of 17 seconds melted away.

Van Aert and Van der Poel attacked each other in the final lap. The stars stayed together for a long time but on the climb in the foresy, Van der Poel finally made the difference. He arrived solo at the finish ahead of Wout Van Aert and Kevin Pauwels. However, Van Aert remains in the lead of the World Cup. 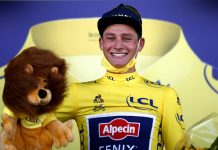