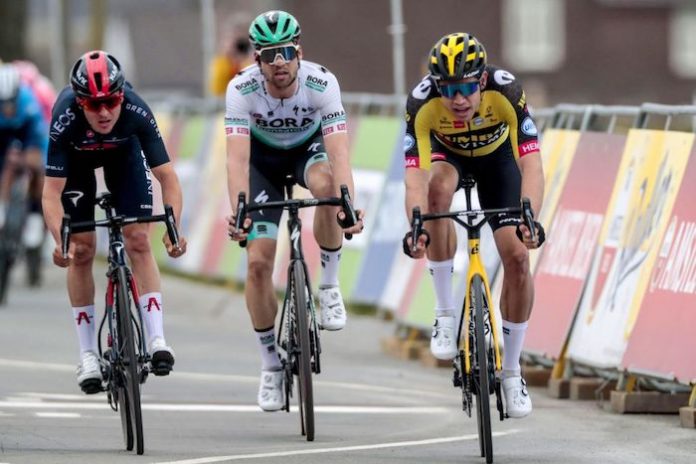 “They said I won but I don’t actually believe it,” van Aert said after the race. “Just two minutes ago the jury came to tell me I won, so yeh.”

“A long sprint is normally in my favor,” he continued. “I had maybe the worst position to start the sprint so I thought it better to launch early, and apparently it was just enough.”

With 10 kilometres left, Van Aert, Pidcock and Schachmann had a lead of 20 seconds over a chasing group led by Mauri Vansevenant. Racing into the final kilometre near the town of Valkenberg, just to the east of Maastricht, they were left to fight for the win.

Van Aert broke and seemed to close in on the race before Pidcock’s late push caused debate about the winner but the 26-year-old was given the victory.

He also claimed revenge for Pidcock’s Brabantse Pijl success on Wednesday as the 21-year-old secured his first triumph for Ineos Grenadiers.