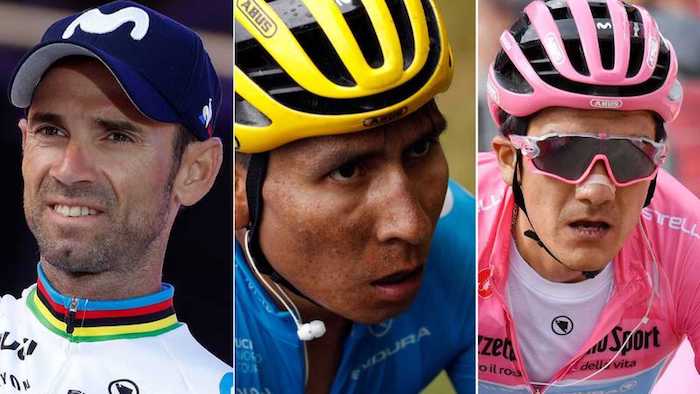 Movistar has announced its roster for the upcoming edition of the Vuelta a Espana, which will be the 40th time the formation starts in the Spanish grand tour.

Carapaz, who stormed to a surprise victory in Italy earlier this year, will first have to establish himself as team leader with former winners Quintana and Valverde also named in the team.

But with Carapaz thought to be switching to Team Ineos next season and Quintana set to leave for Arkéa-Samsic, Valverde could be the real leader of the team just like last year.