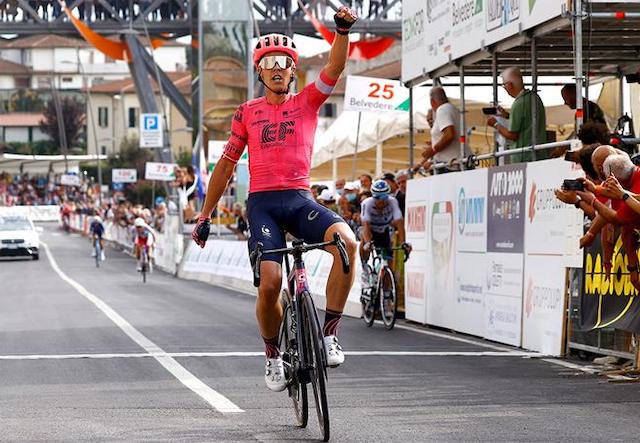 “It’s a nice way to win against Colbrelli. He’s a big favourite for the World Championships and so to beat him in an uphill sprint, is a big thing, is nice. I’m super happy,” Valgren said.

“This win is for the whole team, they were amazing. We rode fantastic so thanks to all of them. I had some really good help from my teammate Neilson Powless, who was strong, so I could just sit in the wheel into the headwind section. I knew I was strong and so thought to make it as hard as possible on the climb to see how it goes. Luckily I made it to the line.”