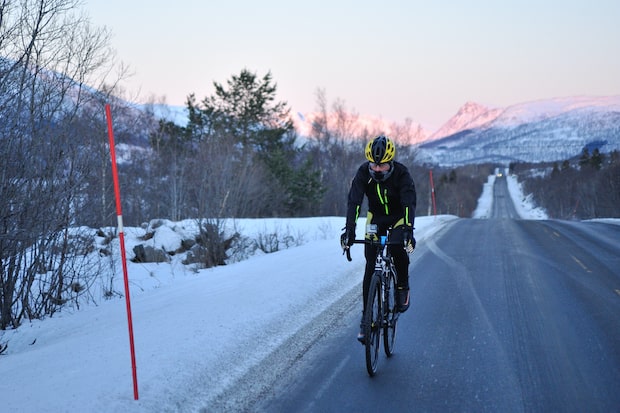 Many of us like to use Strava, whether it’s as a training diary, to plot routes, chase KOMs or have a sneaky look at what training your friends, club mates and rivals have been up to.

However, Strava can bring a lot more to the table than just a way to log your rides. With the rise in the use of power meters among club and sportive riders alongside racers, as well as accessibility of training with a heart rate monitor, Strava can also be used as a valuable tool for explaining the training process, identifying individual strengths and weaknesses, learning how to reach the top of the game and avoiding overtraining.

What is Suffer Score?

Suffer Score is one of Strava’s premium features and there’s something satisfying about putting your feet up at the end of a tough day in the saddle and seeing an ‘extreme’ score. But what exactly is a Suffer Score and how is it calculated?

Basically, Strava’s Suffer Score reveals to you how hard your ride was. Obviously, that touch might be self-evident, however what isn’t clear is the reason you may go out with a companion on a similar ride and get back home with different Suffer Scores. Definitely you’ve both done the very same ride?

The explanation lies in how the Suffer Score is calculated – it’s personal to you as a rider and is based on your heart rate during a ride. Needless to say, you need to be wearing a heart rate monitor.

The first thing Strava will do is find your maximum recorded heart rate. From this it will calculate your individual training zones.  Strava then associates a value (or co-efficient) to each zone – the higher the zone, the higher the value, and this value represents how many Suffer Score points you will score for one minute in that zone.

What is Fitness and Freshness?

The Fitness and Freshness graph is a tool that anyone looking to peak for an event should be using.

Form is what we’re all aiming for come the day of an event and represents how good you will – or, rather, how good you can be – on the bike during that sportive or race.

Roughly speaking, form is determined by how much training you have done minus how much fatigue you are carrying; your fitness score minus your fatigue score.

If, for example, you have been training very hard your fitness will be high but if you are so fatigued that you can barely get out of bed then your form on the day will be low. The opposite is also true. You might be as fresh as a daisy because you haven’t ridden for weeks but your fitness will be very low and, therefore, your form on the day will also be low.

What is Weighted Average Power?

For example, if you do a three-hour ride at a constant 150 watts, this (depending on how powerful you are, of course) may be a gentle ride and not leave you too tired. Now, imagine on the next ride you put out a constant 100 watts for the first hour and 100 watts for the last hour of the ride but in the middle you ride for one hour at 250 watts. The hour effort in the middle may leave you feeling pretty tired and you then have to ride on for another hour, so it’s clear the second ride would be much more fatiguing than the first ride but this wouldn’t be expressed in the average power – 150 watts for both rides.

This is where the Weighted Average Power comes in. As your power goes up, the amount of effort it takes to sustain that power goes up by an even greater amount. For example 300 watts feels more than twice as hard as 150 watts and so Weighted Average Power gives more authority to higher power outputs than lower, while it also looks at the variation in power on your ride and calculates an average power which is a more accurate indicator of your effort and, therefore, represents much better how hard the session was physically.

If you use a power meter then, along with Weighted Average Power, you’ll also see two other figures when you upload your ride to Strava: Intensity and Training Load.

Training Load we’ll come on to but first Intensity. This metric compares the Weighted Average Power of your ride to your Functional Threshold Power, which you can put into Strava on the My Performance page under Settings.

FTP is the maximum average power you are able to sustain for one hour (here’s how to calculate your FTP). Therefore, if you go out and do a 25-mile time trial in one hour then you would expect your intensity to be 100 per cent if you pace your ride correctly and empty the tank. If, then, the next day you decide to treat yourself to a nice easy ride to the local café you would expect your Intensity score to be around 50 per cent.

Intensity can be used to see if you are riding easily enough on your easy days and hard enough on the hard days. As a rule of thumb:

What is Power Curve?

Power Curve is a graph that plots your best ever power outputs for given time periods and you’ll find it under the Training tab on Strava. For example, it might say that you can sustain 200 watts for two hours and 400 watts for two minutes.

This graph serves two purposes. First of all, you can track your progress over time and you can change the time period that is displayed in the graph, using the last six weeks, a whole year or a custom date range. Therefore, you can compare your best ever power outputs in 2016 to those in 2017 or the last six weeks compared with the last 12 weeks. This allows you to see if your power outputs are improving – or if things are heading in the wrong direction.

Using the Power Curve graph in conjunction with the Fitness/Freshness chart gives you valuable information about how much training you have been doing and how good your current power outputs are. For example, you might see that last season you were actually training more than this season, however your power is better this season, and this tells you that you were probably overdoing it last year and that you have now found a better balance between training and recovery.

The second way you can use the Power Curve is to help with pacing. If you know your maximum power for any given period then you can make a very good guess at what sort of wattage you should be aiming for when out training, racing, time trialing, or riding a sportive.

As an example, if you know you can hold 250 watts for 60 minutes, then if you are climbing the Col du Tourmalet you know setting off at 300 watts isn’t a good idea.

You can take this a step further. If you’re hunting a KOM or a good placing on a Strava segment, look up the segment you are aiming for and then select your weight category in the left hand menu. You can then go through the power and time figures to get a pretty good estimate for what sort of time you should be aiming for on that climb. Again, let’s use the Tourmalet example for a rider of 80kg who can hold 250 watts for 60 minutes. Looking through the times, the first rider to climb the Tourmalet at less than 250 watts in the 75-84kg category did the climb in 1h 10m 27s. Therefore, a realistic goal for the climb would be 1h 10m.