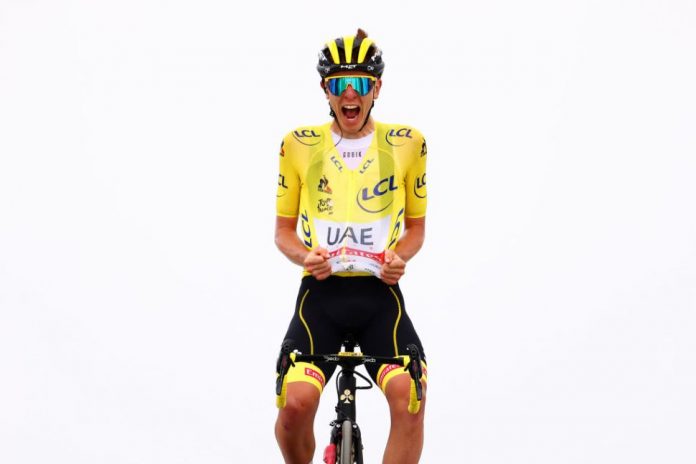 Tadej Pogacar controlled his rivals and extended his overall lead in the Tour de France as the final podium took shape in a gruelling mountain 17th stage won by the defending champion on Wednesday.

The Slovenian outsprinted Jonas Vingegaard and Richard Carapaz at the top of the lung-busting Col du Portet (16km at 8.7%) for his first stage win in this year’s Tour after being the first attacker in the final climb.

He now leads Vingegaard by five minutes, 39 seconds with Carapaz in third place, a further four seconds back while Colombian Rigobrto Uran slipped down to fourth, 7:17 off the pace, after cracking in the mist of the Col du Portet.

Pogacar burst away 8.4km from the top of the Pyreneean pass and only Vingegaard, Carapaz and Uran could follow at first. A second acceleration was fatal to Uran, who will need a spectacular recovery in Thursday’s 18th stage to Luz Ardiden, the last mountain effort of the Tour.

“The team worked really hard every day to defend yellow,” Pogacar said after the finish. “Every day was good for the breakaway so every day we couldn’t do much, just defend. Today was a good course to defend the breakaway much better and the guys did a fantastic job. We were 50-50 – do we go for the stage or defend. In the end everyone felt good, and we tried, we succeeded and I’m super happy.

“The three of us went clear but only me and Jonas worked together. I tried a couple of times to go clear – more time is better. But they were really good today. In the end I just sprint for the last 50 metres and it was enough.”