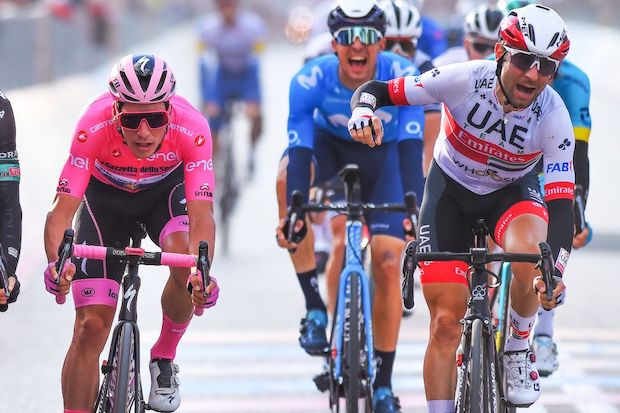 “We did a great job on the last climb and the team set-up me up perfectly. We dropped the sprinters and reduced the peloton to a small group,” said Ulissi.

“I was tired after doing the climb so fast but McNulty was fantastic in the way he led it out. I saw I’d got my wheel ahead and won. I’ve been on form all season. I didn’t expect to win another stage but it’s a great feeling.”

Saturday’s 14th stage is a 34.1-km individual time trial between Conegliano and Valdobbiadene.