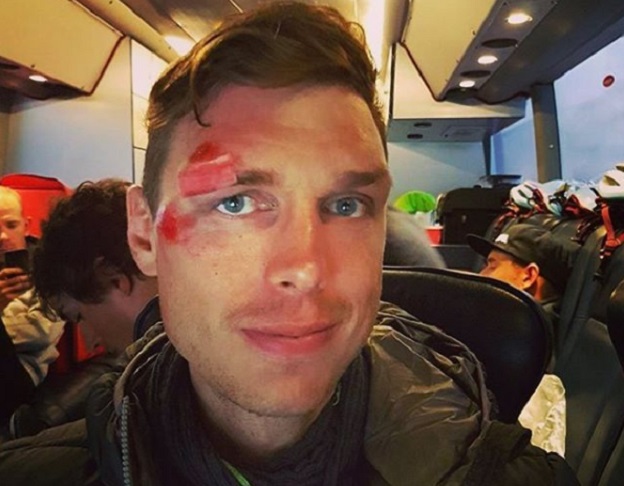 Tony Martin has eight stitches in his face after a nasty crash at Kuurne-Brussels-Kuurne.

The time trial world champion crashed with around 55km to go in the race after appearing to hit a parked car while riding at the back of an echelon. It was a bad crash with Martin going over the top of his handlebars, landing on his face and holding his head in his hands as he sat on the road.