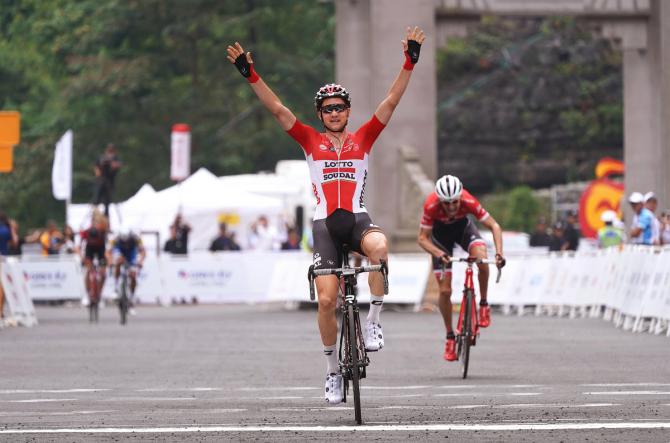 Tim Wellens (Lotto Soudal) claimed stage 4 and the overall lead at the Tour of Guangxi after a well timed attack on the final climb.

All GC eyes have been fixed on the finale to stage four since the race route was announced and as predicted the three kilometre climb was hard enough to cause several splits in the bunch and create a clear hierarchy on the leaderboard.

“Of course I am super happy. I was very good in front thanks to my teammates at the bottom of the climb and then I had a lot of power in the legs and I attacked together with Bauke Mollema,” Wellens said. “We stayed in front with three and then it was just in the final that I attacked one final time.”