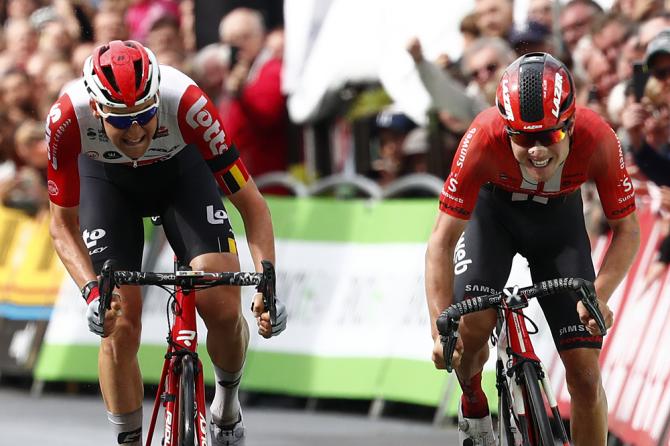 Tim Wellens took an emotional victory on stage 4 of the Binck Bank Tour, Lotto Soudal’s first win since the death of Bjorg Lambrecht.

Under-23 world champion Marc Hirschi (Team Sunweb) missed out on his first WorldTour victory by a narrow margin, with Laurens De Plus (Jumbo-Visma) taking third a few seconds later.

Hirschi led the way into the last 200 meters but Wellens timed his acceleration perfectly and came around to take the victory at the line.

“This victory is very special,” Wellens said. “We still doubted whether we would start in this BinckBank Tour. Everyone on the team came here with Bjorg Lambrecht in mind. The victory is of course good for the team in a particularly difficult period, which is certainly not over yet. Far from it.”

Wellens moved to the top of the overall classification as race leader Sam Bennett, who had won the opening three stages, was dropped early in the day.