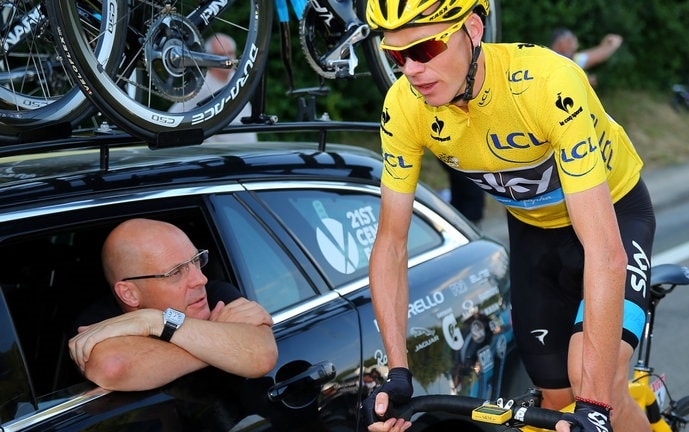 Froome, who suffers from asthma and denies breaking any rules, could potentially be stripped of his Vuelta a Espana title after results showed a urine test he gave during the race in September showed excessive levels of the asthma medication.

“To me, it’s cheating. Sometimes, when you are sick, you don’t have a choice and you have to take it . But you can also choose to pull out (of the race),” Belgian TV station RTBF quoted Wellens as saying.

Wellens pulled out of the Tour de France last year because of breathing problems.

“I would want things to be black or white, not grey.”

Froome says he has done nothing wrong and would provide whatever information world cycling’s governing UCI requires.

Salbutamol is permitted as a legal asthma drug by the World Anti-Doping Agency (WADA), and the UCI said Froome’s failed urine test did not necessitate a mandatory provisional suspension.

But riders have been banned for excessive use of it in the past, notably Italian Alessandro Petacchi who was given a 12-month suspension and stripped of his five stage victories in the 2007 Giro d‘Italia.