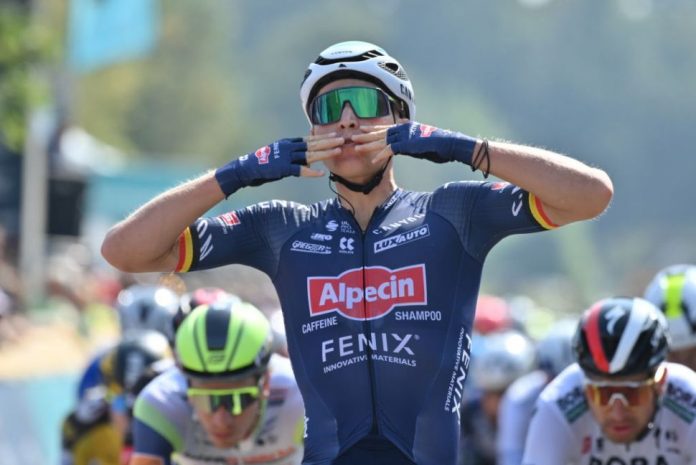 Tim Merlier doesn’t think that he will be at the start of the Tour de France next month in Copenhagen.

Merlier had to miss the Giro after a bad elbow injury, suffered during a crash in the final of Paris-Roubaix. He then hoped for the Tour, but according to the 29-year-old sprinter, they are sticking to the plan with Jasper Philipsen at Alpecin-Fenix.

“I’ll keep myself ready, you never know that someone will drop out,” Merlier says. “And I hope that I will be selected for the Vuelta. But I haven’t heard from the team yet.”

The former Belgian champion, who it is rumoured will ride for Quick-Step in 2023, has been in Tenerife since May 21, where he is laying the foundation for the second half of the season. Later this week he will return to Belgium, on Sunday he will resume racing at the Brussels Classic and on Monday he will ride the Ronde van Limburg.

Dwars door het Hageland and the Elfstedenronde are also on his program. Then Merlier travels to Slovenia for Tour of Slovenia, race that will be his last preparation for the Belgian Championship in Middelkerke.