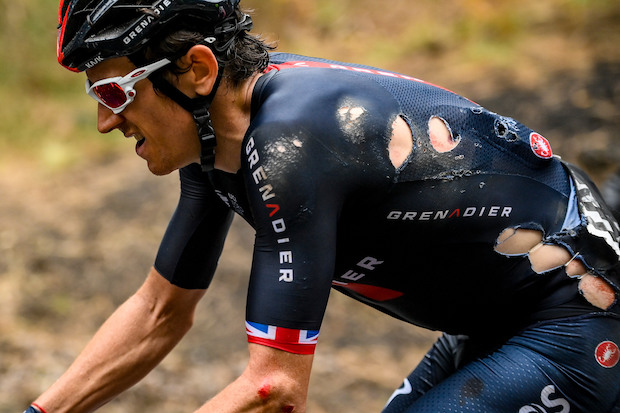 (Reuters) – Ineos-Grenadiers rider Geraint Thomas suffered a dislocated shoulder in a crash on Sunday but the Welshman said he would be back in training on Monday having escaped a fracture.

“Not the Sunday I was expecting… crashed on some ice and dislocated my shoulder,” Thomas said in an Instagram post that was accompanied by x-rays of his shoulder that also showed several screws in his collar bone from a previous injury.

“It’s back in now, after a rather painful two hours, but no fractures. So all good to get on the turbo (trainer) tomorrow.”

The 34-year-old’s injury comes two months after he fractured his pelvis in the third stage of the Giro d’Italia in October to crash out of the race.