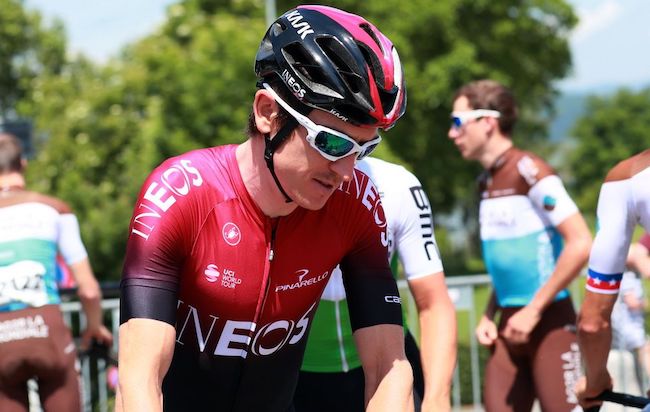 Geraint Thomas was back training on Friday just three days after a heavy crash forced him out of the Tour de Suisse.

“Back on the bike today,” Thomas tweeted, adding a video he took on a cell phone after his ride. “Beautiful day for it. Nice easy spin today.”

“All good for me,” Thomas said bringing the camera closer to his face to show a line of stitches. “Just a little cut above the eye.”

The Welshman’s heavy crash raised fears that he would join injured team-mate Chris Froome on the sidelines when the Tour de France starts in Brussels on July 6.

“Back to it,” Thomas said in the video. “Big week next week.”

Chris Froome broke a leg, hip, elbow and ribs in a horrific fall in the Criterium du Dauphine on June 12.

Back on the bike today ? And got home in time to see @Eganbernal rip it up at Suisse ?? pic.twitter.com/PIY6px8dUx