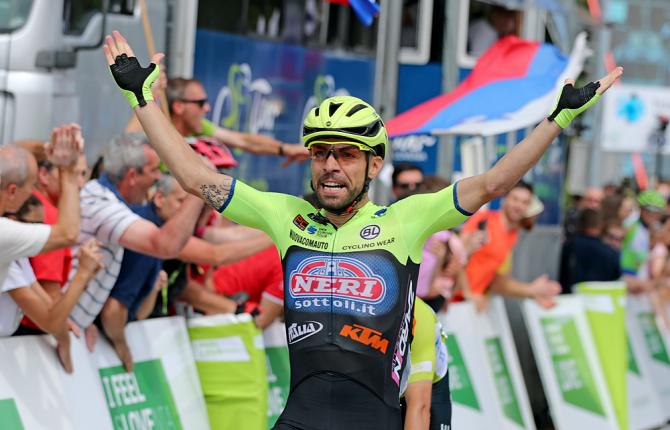 “I was waiting for the sprint finish, our sports director is always saying that you either win or lose the race in the sprint,” Visconti said. “Today it worked out for me.”

Ulissi keeps the leader’s green jersey and has an advantage of 22 seconds over Visconti into Sunday’s final stage. Aleksandr Vlasov (Gazprom–Rusvelo) is third overall at 25 seconds.

“The stage was hard, with rain in the beginning and hard climb on the end. Vlasov launched a strong attack, but Pogačar had him covered,” Ulissi said.

“I want to thank him for his help on my way to defend the green jersey. This was a climb for the pure climbers, and I’m not that. Tadej did excellent job in the beginning of the climb when he covered the attack, I had some problems at that point and only caught up with them later.”