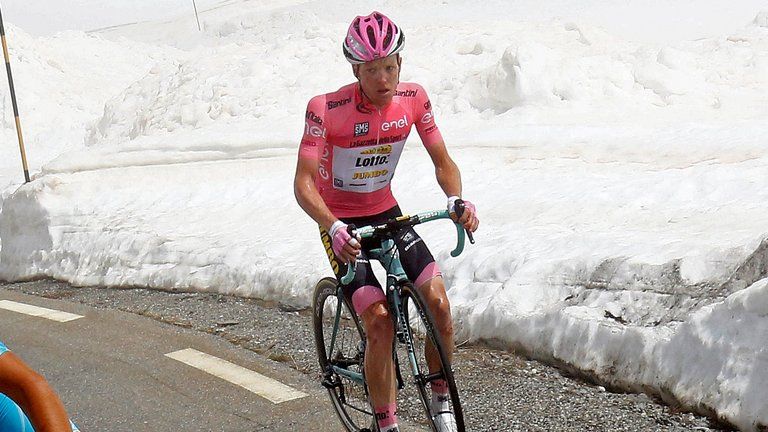 Some moments stick with you beyond the here and now, they become part of history and form part of the legend that fans of the sport equate with cycling. Here are the moments that lit up the 2016 season.

A fan saved the day for Tyler Farrar after the American rode a borrowed bike to the finish line in Tour Down Under stage 3. Farrar had different cleats to the ones needed for Anthony Tooman’s De Rosa, so he took his shoes as well. The only problem was that’s against UCI rules. However, the race jury made an exception 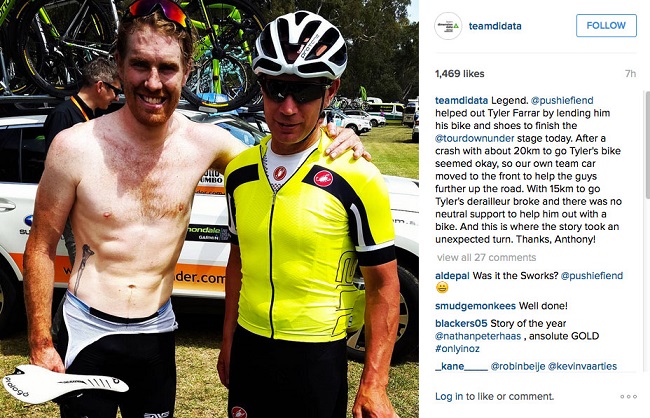 The first confirmed case of mechanical doping in the sport

In the first confirmed case of mechanical doping in the sport, Femke Van den Driessche, 19, was accused of concealing a motor in her racing bike during the under-23 women’s race at the UCI Cyclo-cross World Championships in Zolder on 30 January. Van den Driessche was found guilty of “technological fraud” and has been suspended for six years in a ban backdated to 11 October 2015.

It looked like it was going to be an epic sprint showdown in Milan – San Remo until Fernando Gaviria nearly took out the bunch after a touch of wheels.

Cancellara’s crash and Sagan’s save at Paris-Roubaix

Mathew Hayman stole the show and won Paris-Roubaix from an early move just six weeks after breaking his arm. The Australian managed to win one of the toughest bike races on the calendar at the 15th attempt.

Francisco Ventoso required surgery after a deep slash to his leg which he claims was caused by riding up against the bike in front of him, which belonged to one of two teams trialling disc brakes, as a group of riders tried to avoid a crash on the Quérénaing à Maing sector of pavé. The UCI has suspended the use of disc brakes in the peloton after this incident.

The Giro d’Italia was the only Grand Tour that really ran down to the wire. The result was up in the air on the final mountain stages after the spectacular and unfortunate crash of deserving leader Steven Kruijswijk.

There’s one image that is the iconic one of the 2016 Tour de France, that of the yellow jersey running without his bike up Mont Ventoux.

The 33-year-old Dutch rider was leading the race on the descent from the final climb of the Olympic race but overshot a tight right-hand turn with about 11km to go and was catapulted over her handlebars. She landed back-first on the top of a small wall running next to a deep roadside gutter and was left laying motionless as the riders chasing her came past.

On a hilly Olympic time trial course that appeared to favor lighter riders, Fabian Cancellara turned back the clock, and defied all expectations, to smash the competition and win a second Olympic gold medal. It was an emotional victory for Cancellara as the three-time winner of both the Tour of Flanders and Paris-Roubaix  decided to end his 16-year career after the Olympic Games. 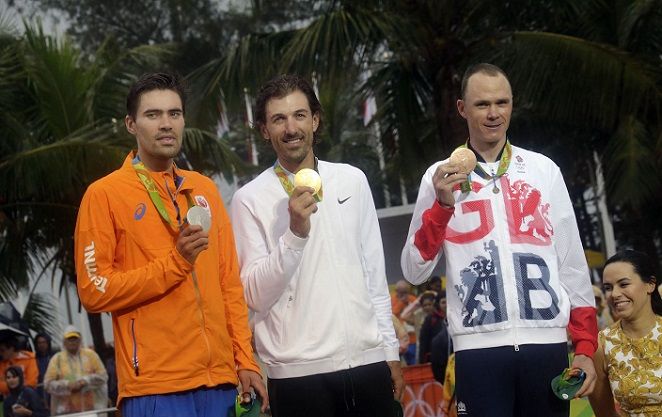 Quintana and Contador attack Froome at the Vuelta

No stage was more decisive in the Vuelta a Espana than stage 14 when a group, led by Alberto Contador and Nairo Quintana, broke away as soon as racing began, causing pandemonium in the peloton and eventually taking huge time gains on Chris Froome.

Esteban Chaves capped a great year at Orica–BikeExchange with a victory in Il Lombardia, the last Monument of the pro cycling season.