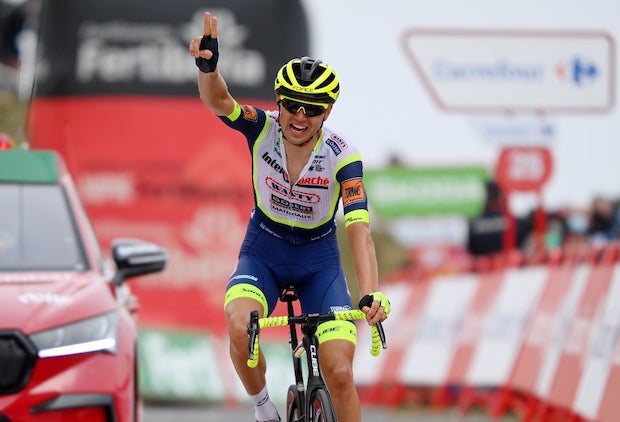 Rein Taaramae clinched a surprise victory in stage three of the Vuelta a Espana on Monday and took possession of the red jersey as the race entered the mountains for the first time.

You can rewatch STAGE 3 of 2021 Vuelta a Espana HERE

The 34-year-old broke away from the eight-man leading pack and hit the front with 2km to go in a gruelling summit finish, winning the second Vuelta stage of his career, a decade on from his first.

Joe Dombrowski finished 21 seconds behind in second with Kenny Elissonde third at 36 seconds.

“I have quite good state [form] and I have a very smart sporting director in Valerio Piva. Yesterday evening we said that we’d try to win the stage and take the leader’s jersey,” Taaramae said.

“I believed in myself today. It was all about whether the peloton would catch us or not. When I saw that we would do it, then I had questions about how good Joe Dombrowski and Kenny Elissonde were. They are all good riders so I didn’t know if I could beat them, but I believed it because I already did it many times. When I won a stage of the Giro, Joe was in third up there with me and now we were fighting against each other. So I believed in myself very much today.”

“I have a stage in the Vuelta and Giro but I’ve dreamt a lot about a leader’s jersey in a Grand Tour, at least for some days to enjoy and feel how it’s going to be. Today I did it and I’m very, very happy.”

Defending champion Primoz Roglic, who won the individual time trial on Saturday , finished a minute and 48 seconds back.

It was a disappointing day for some of the other favourites, with Olympic road race champion Richard Carapaz struggling and losing a minute, while Sepp Kuss suffered similar agony, being left behind with 3km to go and losing two minutes.

Taaramae’s win gave him a 25-second advantage over Elissonde in the general classification, with overnight leader Roglic 30 seconds down in third.

The Vuelta will continue on Tuesday with a 163.6km course from El Burgo de Osma to Molina de Aragon. 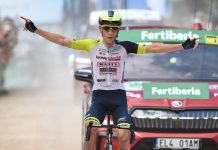 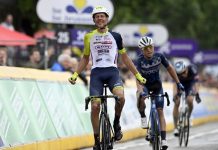 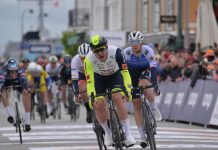