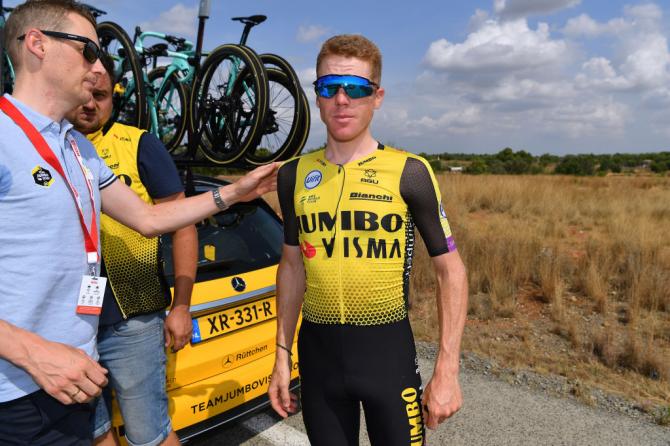 (AP) – Steven Kruijswijk, who finished third in last year’s Tour de France, said Thursday he will not take part in this year’s race after fracturing a bone in his shoulder during the Criterium du Dauphine.

Kruijswijk wrote on Twitter that the injury from a fall in the Dauphine on Aug. 15 was worse than previously thought.

”I am now going to work on my recovery first and then I will focus on the Giro d’Italia as a new goal,” he said.

Kruijswijk’s decision means that the second- and third-place riders from last year’s Tour de France will not be participating in this year’s race. On Wednesday, the INEOS team announced that Geraint Thomas, who finished second last year behind teammate Egan Bernal, will not be in its team for the Tour that starts Aug. 29.

Another Jumbo-Visma rider, Primoz Roglic, also fell in the Dauphine and withdrew from the race before the final stage.