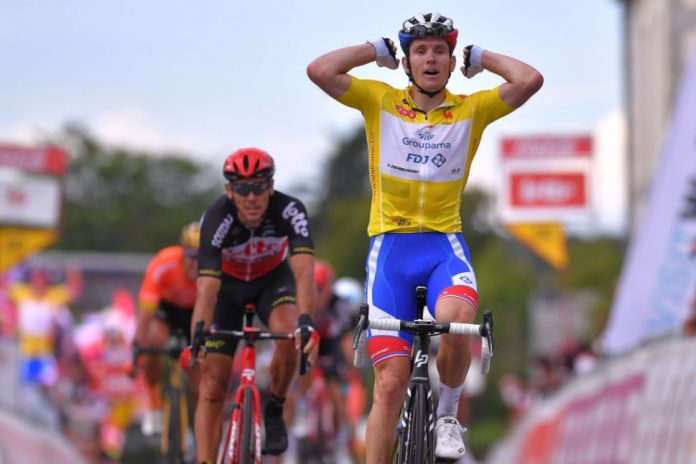 Arnaud Demare sprinted to victory in the final stage of the Tour de Wallonie after pipping Philippe Gilbert to the line and defended the yellow jersey.

The Groupama-FDJ sprinter headed into the final stage with a 16-second lead over Amaury Capiot and James Fouche, with a host of riders including Greg van Avermaet a second further back.

The break was caught on the final climb and with under 10km remaining it was Jhonatan Narvaez (Team Ineos) who went solo in pursuit of victory. However, the Ecuadorian was eventually caught with just 500m to go, and it was Demare who had enough in his legs to overtake Gilbert and seal the overall victory in style.

Greg Van Avermaet (CCC) finished in third to end up second in the GC overall.