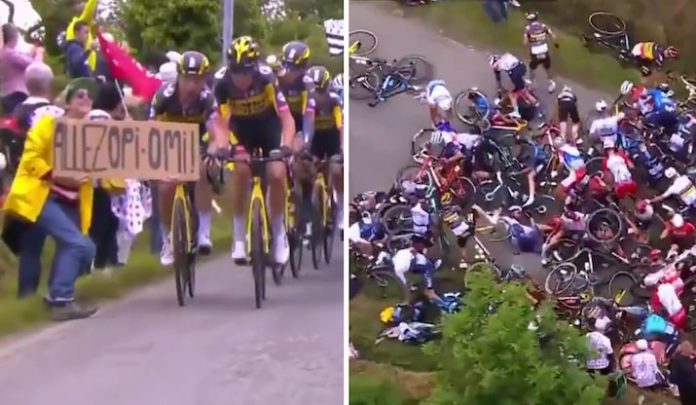 A spectator with a huge placard caused a massive crash in the peloton during the opening stage of the Tour de France.

Tony Martin was the first to go to the ground but the German took almost the entire peloton with him in his fall. Julian Alaphilippe, Wout van Aert, Primoz Roglic and Sonny Colbrelli, among others, had to go down in a domino crash.

RT @betandskill: Madness and PAIN at the Tour De France because of a sign lady! 😱😱#TourDeFrance #TDF #TDF2021 #Crash #Francepic.twitter.com/83Boqx4hX1