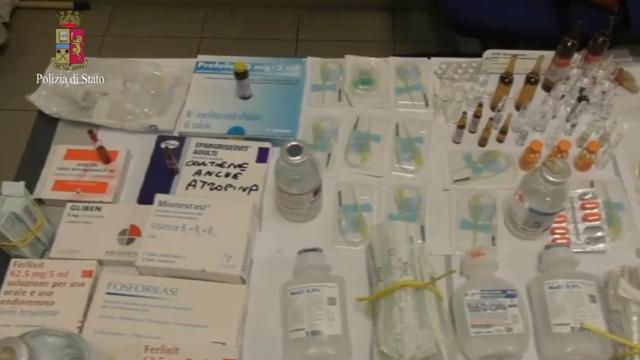 (AP) – A doping ring that sold the blood-buster EPO to athletes both locally and abroad has been broken up, Spanish police said.

Spain’s Civil Guard said the 850 syringes of EPO they confiscated from the bust is the largest haul of the substance in Europe.

According to police investigations, the ring is composed of citizens of Serbia and Spain spent 10 years illegally trafficking EPO via various websites in different languages targeting athletes both in Spain and in other countries.

One of the suspects worked for the clinic in the southern city of Cádiz, where the ring illegally obtained the EPO by falsifying legal orders for patients and then stealing them from the clinic.

Police are analyzing the information from bank accounts located in Austria, Slovakia and Cyprus associated with the ring that they believe will lead them to “a large number of both Spanish and international athletes from different disciplines and all levels of competition who used these substances to improve their physical capabilities.”