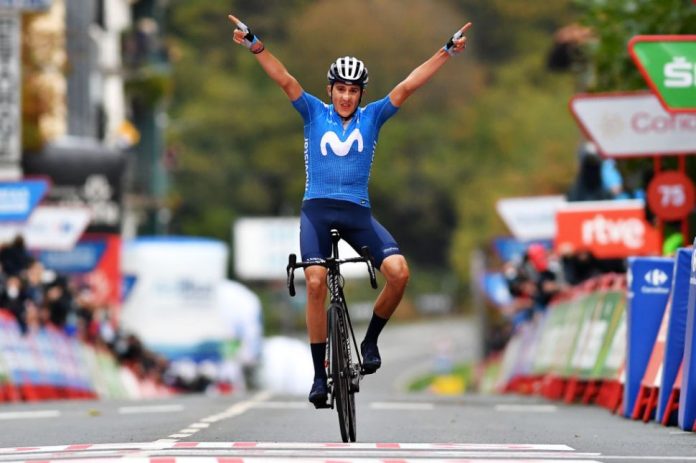 Solar’s win was the reward for a brave attack at the top of the final climb of the day and a rapid solo descent to the finish line, while Roglic won the sprint for second place ahead of Dan Martin (Israel Start-Up Nation).

The 151.6km stage between Pamplona and Lekunberri again took place with a gusty wind and under glowering skies that threatened for most of the stage, but fortunately held off apart from a few spots of rain in the closing kilometers.

By then the main group had been split into two by an attack from the Movistar team, although none of the main favorites were left behind, except for Chris Froome who had already lost 11 minutes on the opening day.

After the day’s attack was reeled in with around 40 kilometers remaining, everything was to be decided on the 10 kilometers climb of the first category Alto de San Miguel and the rapid and technical descent to the finish.

Marc Soler attacked over the top of the climb and rapidly opened a gap of 13 seconds, which extended to up to 23, although with Roglic working hard that was down to 19 by the time he crossed the finish line.

Thursday’s third stage promises to be another demanding day for the riders with 166 kilometers ending with another first category climb up to the ‘Laguna Negra’ again promising to have an effect on the leaders.