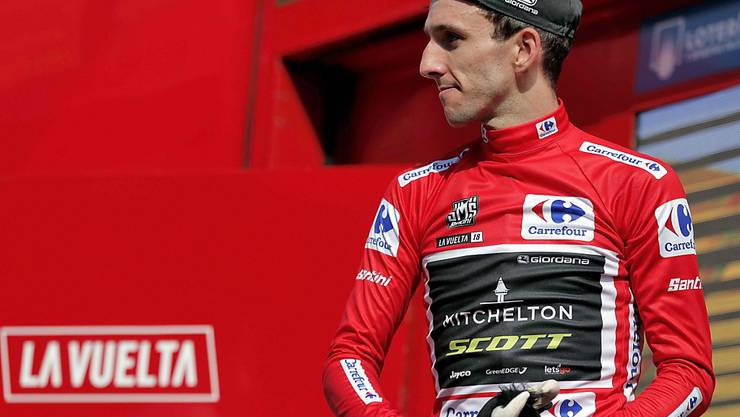 (AFP) – Simon Yates has admitted his Mitchelton-Scott team are having to contain his aggressive streak as he bids to win the Vuelta a Espana.

Yates retained the red jersey on Sunday after finishing third in stage 15 ahead of Tuesday´s crucial time trial between Santillana del Mar and Torrelavega.

The 26-year-old’s task is now to maintain form through the final six stages and avoid a repeat of the collapse he suffered at the Giro d’Italia earlier this year, when he suddenly ran out of steam.

Yates accepts his team´s advice to conserve energy but finds it difficult to curb his attacking instincts.

“Sometimes it’s hard to change your style when you’ve been doing that since you were a child,” Yates said. “If you have the legs and the opportunity is there, you have to take it.

“It’s hard to change your mindset and be conservative. Sometimes I find it difficult but here it has been okay.”

Yates had to dig deep to clinch third on Sunday, after making a series of attacks on the final, 12.2km climb. He believes he has a point to prove in the flat 32km time-trial on Tuesday where his Vuelta hopes will face a severe test.

“I’m always confident, I think I have a great time-trial, everyone else disagrees but I’ve slowly been improving year on year,” Yates said.

“I’ll do the best I can and if I don’t lose too much time then happy days.”

Yates leads Alejandro Valverde by 26 seconds and Nairo Quintana by 33 in the general classification.