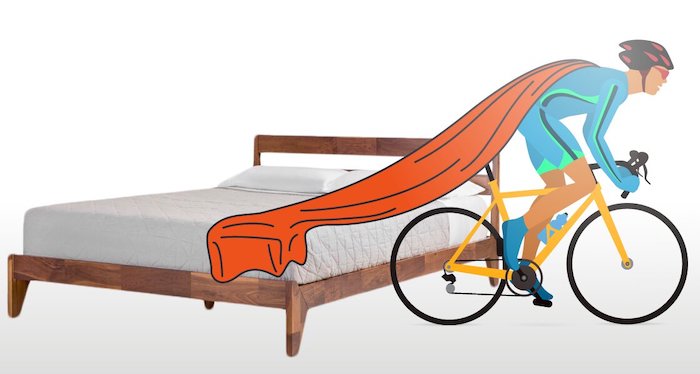 If, broadly speaking, consuming too many calories and not burning them off leads to increased body fat storage, surely training without taking in any calories is going to tip the scales in your favour?

For decades, cyclists have sworn by fasted morning rides—rolling out the door after consuming nothing more than maybe some black coffee—as a way to fuel up their fat-burning metabolism and shed unwanted weight.

Now, for the first time, a study confirms that exercise before eating may indeed do just that.

In the study, researchers from the University of Bath in the UK had a small group of overweight men perform 60 minutes of cardio on two separate occasions. Once in the morning after a 12-hour fast and a second time 2 hours after eating a 650 kcal breakfast consisting of cornflakes, a toast, and orange juice.

They found that expression of genes responsible for burning fat was substantially increased when exercising after a fast. They concluded that you’re not only burning more fat during, but also can enjoy long-term fat-burning benefits after exercising that way.

How to Do It: Ride before breakfast, says Asker Jeukendrup, sports nutritionist. Your body is in a glycogen-depleted state, so it’s ready to resort to fat for fuel. Go no longer than 60 to 90 minutes, at a moderate effort—you should be able to hold a steady conversation without gasping. Going harder requires the body to dip into stored glycogen, and you’ll bonk more quickly.

Restock carbohydrate stores promptly—aim to eat a meal with a four-to-one carb-to-protein ratio (like a bagel with peanut butter) within 30 to 60 minutes of finishing the ride. Rehydrate within 60 to 90 minutes to further speed up recovery.