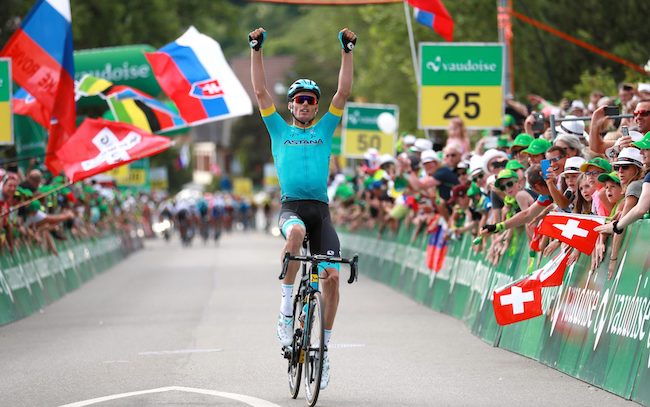 It was a great day for Astana and Denmark as in nearby Champerey Jakob Fuglsang won the Criterium du Dauphine.

At the Swiss race Sanchez produced an astonishing turn of pace to escape a reduced peloton with 10km to go, while Peter Sagan (Bora-hansgrohe) charged over the finishing line at the helm of a fast moving peloton six seconds adrift.

Matteo Trentin (Mitchelton-Scott), Asgreen and Greg Van Avermaet (CCC) were all in the mix.

Asgreen, who came second on this year’s Tour of Flanders and third at the Tour of California, is both overall leader and the best under-25’s white jersey rider.

A select sprint involving fast riders who can also get over a hill had been predicted, and so it looked to be before the 35-year-old Sanchez made his burst.

Once his lead was established he then nursed it with the peloton closing fast at the finish line.