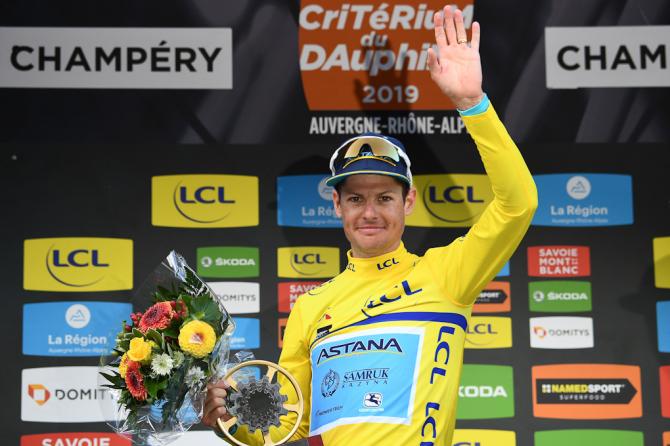 Jakob Fuglsang (Astana) won the 2019 Criterium du Dauphine on Sunday, the Astana rider underlining his status as one of the favourites for next month’s Tour de France.

Dylan van Baarle (Team Ineos) won the eighth stage on a day in which Adam Yates (Mitchelton-Scott) pulled out sick with less then 50km to go while in second place overall.

Fuglsang has been in hot form this season, winning the Liege-Bastogne-Liege and getting on the podium in two other classics.

He took the overall lead on Saturday on a hilly run contested in a deluge that caused a host of overnight pull outs.

Adam Yates pulled out sick late during Sunday’s stage when still in with a great chance of victory. Trailing by a mere eight seconds and with less than 50km to go on the eight-day event, seen as a key form gauge for the Tour de France, Yates was keeping pace with his chief rivals when he pulled out.

Mitchelton-Scott sports director Lorenzo Lapage told race organisers Yates had had a fever since this morning.

The 12 rider breakaway group was well marshalled by Fuglsang’s Astana team and never allowed to build up a great lead.

This Criterium however may end up being best remembered for Chris Froome’s serious accident ahead of stage four when he fell at high speed breaking a hip, his leg, an elbow and ribs.

The Criterium winner has gone on to land the Tour de France in five of the past seven years. 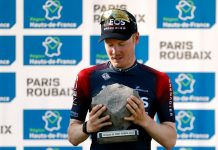