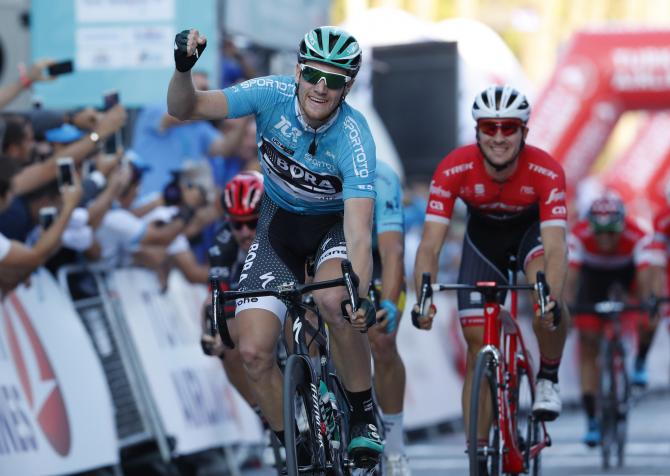 With 40km remaining the escapees had an advantage of more than one minute, only 12 km before the finish, the peloton closed the gap and the expected bunch sprint was set up.

The sprinters’ teams ramped up the pace in the finale, chipping away at the leader’s advantage and hauling them back. Bennett marked the Trek team and, buoyed by his confidence boost on stage one, had little problem in taking the sprint.

“It was another amazing team effort today. We worked well together and it paid off. Really happy with the performance and to be wearing the turquoise jersey. It’s always nice to be ending the season on a high”, said Bennett.