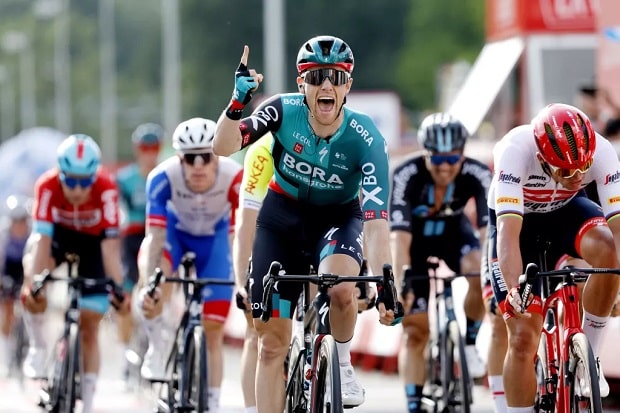 Sam Bennett won stage 2 of the 2022 Vuelta a Espana after edging out his rivals in a closely contested sprint finish in Utrecht on Saturday.

Bora Hansgrohe’s sprint specialist rediscovered his speed of old, bursting ahead of a speeding pack in a ferocious sprint in front of a fired-up crowd to claim the victory after a 175.1 km run between the Dutch towns of ‘s-Hertogenbosch and Utrecht.

Tim Merlier had been the favourite for the day, but some tussling in the bunch put him out of position and he could not get on terms with Bennett in the end. Mads Pedersen finished between them for second on the stage.

Race leader Robert Gesink (Jumbo-Visma) did not finish in the main peloton, which became chopped up in the final few kilometres, and so the red jersey passes over to his teammate Mike Teunissen, who placed fourth on the stage.

Competition continues on Sunday for a third and final stage on Dutch soil, a 193.5 km trek that both starts and ends in Breda, before the peloton transfers to Spain on Monday.

The following six stages before the next rest day will be raced in medium or high mountains of northern Spain, in the Basque Country and Asturias.