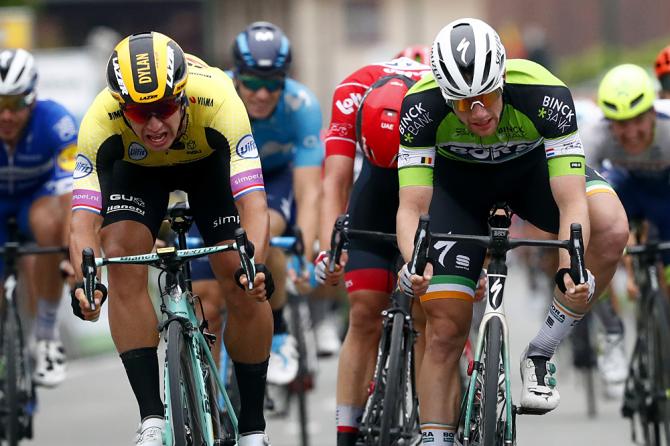 Sam Bennett has won his third straight stage win at the Binck Bank Tour after a photofinish ahead of Dylan Groenewegen.

Bennett once again stayed at the wheel of Groenewegen and launched a sprint in the last metres to cross the line ahead of the Dutchman, a victory that had to be checked by photo finish.

“I wasn’t sure at all [of having won],” Bennett said. “I think somebody touched my bike in the last corner and so the gears where jumping like mad. I couldn’t throw the bike around; I had to keep it solid. The gears were slipping and so I couldn’t get power down.

“I got a run at the UAE rider and if it wasn’t for that, I don’t think I would have got it. I was really lucky today. But it was enough to get it, so I’m really happy.”

The Bora-hansgrohe rider sits top of the general classification, with Jasper Philipsen and Groenewegen both 20 seconds behind him.