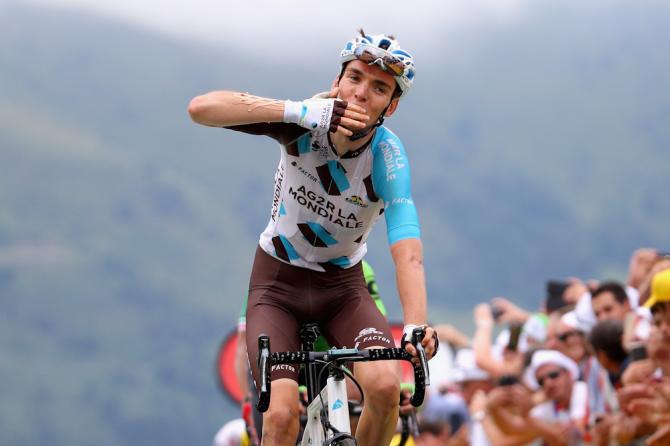 Romain Bardet, runner-up in 2016 Tour de France and third this year, is happy witht the route of the 2018 edition.

“I am delighted with this Tour which looks pretty well balanced, and offers a wide variety of terrain to exploit,” the Ag2r La Mondiale rider said. “The team time trial will put the composition of the team at the forefront.

“In that short stage of just over 60 kilometres, the leaders will be sparing with each other. There will also be a lot of potential pitfalls. No one will be really calm the morning of the stage with the cobbles, and several stages promise to be very exposed to the wind.”

“In the last week, the big climbing days will play a very important role. One day we’ll be doing more than 5000 meters and another day nearly 4000. I like these marathon stages, they are what make the legend of the Tour de France.”

Team manager Vincent Lavenu is also excited. “For us, in the Alps, I am marking down the stage to La Rosière and then the one at Alpe d’Huez, with its 5000 meters of elevation gain,” he said. “Then in the Pyrenees, there will be a lot of traps, with, among others, the stage of 60km. Such a course can smile on the aggressive riders, like Romain Bardet. It will be up to us to organize a team to put him in the best position, whether to protect him on the flat stages and the cobbles, or to stay with him in the mountains.”