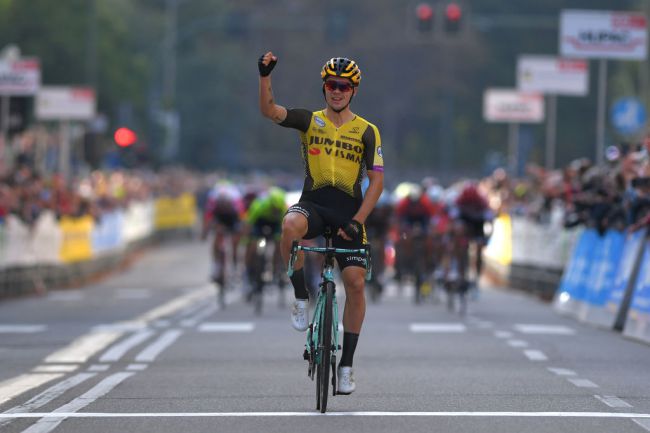 Roglic put in a huge surge that no one could match with around 500 meters to go, powering to a significant gap.

It could have been a very different story had one of the race motorcycles not misled part of the leading group with Alejandro Valverde one of those who missed out on challenging because of the error.

“In the end, I was lucky that the leading group took the wrong turn,” said Roglic at the end of the stage. “Otherwise I would not have been able to win. It was a difficult race and a tough final. I have to compliment the whole team again. We controlled the race all day and took the initiative in the final.

“When Sanchez was reeled in, I attacked and gave all I had. Luckily, it was enough to take the win. This is a great season for me and the team and we hope to take our form into the Giro di Lombardia.”