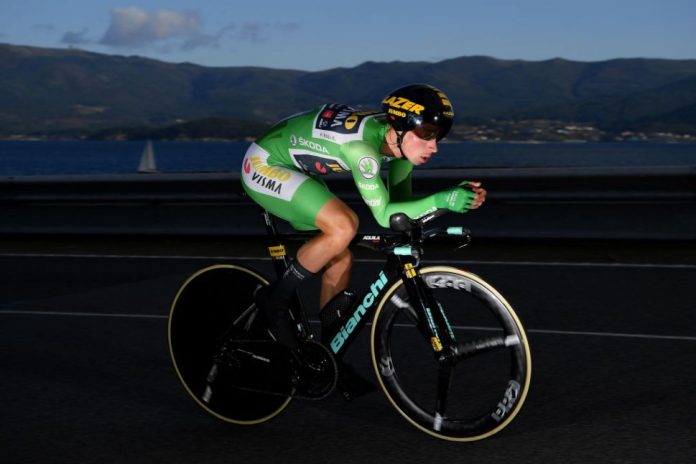 Primoz Roglic reclaimed the Vuelta a Espana overall lead after winning the 13th stage, a 33.7-km effort ending with a 1.8-km climb up to the Mirador de Ezaro at an average gradient of 14.8% on Tuesday.

The Slovenian looked nothing like the rider who lost the Tour de France yellow jersey on the final time trial, crushing the pedals in the last ascent to clock 46 minutes, 39 seconds and beat American Will Barta by just one second.

Richard Carapaz (Ineos-Grenadiers), who started the day with the red jersey, limited the damage to finish seventh, 49 seconds off the pace. He dropped to second overall, 39 seconds behind defending champion Roglic of Jumbo-Visma.

Hugh Carthy, who surged into contention with an impressive win on the Angliru in the 12th stage on Sunday, was on-par with Roglic in the first part of the solo effort against the clock but the EF rider conceded 25 seconds on the line. Carthy remains third overall, 47 seconds off the pace.

Wednesday’s 14th stage is the first of three hilly rides before the top contenders go all in on the 17th stage, which finishes at top of the Alto de la Covatilla on Saturday.