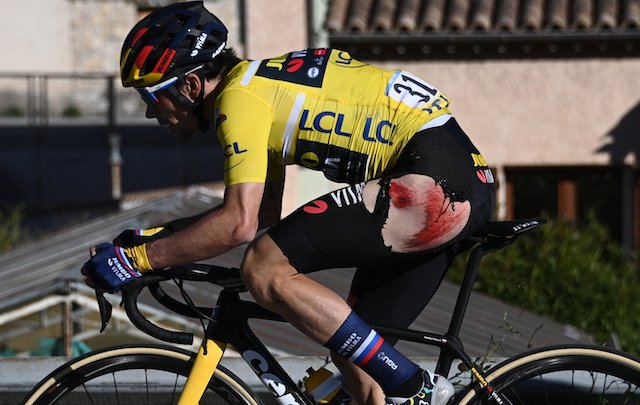 Maximilian Schachmann retained his Paris-Nice title after race leader Primoz Roglic suffered an ordeal in the final stage, a 92km ride from Le-plan-du-Var to Levens on Sunday.

Roglic, who had a 52-second lead going into the last stage, crashed on a descent before being forced to change bike and, without a team mate to pace him back into the bunch, he lost considerable ground to end up outside the final top 10.

The Slovenian’s woes brought back memories of last year’s Tour de France, when he cracked in the final time trial to end up second behind compatriot Tadej Pogacar.

Roglic won three stages in this year’s Paris-Nice but it did not matter in the end as Schachmann finished on top, ahead of Astana duo Aleksandr Vlasov and Ion Izagirre.

The final stage was won by Magnus Cort Nielsen ahead of Christophe Laporte at the end of a short sprint.