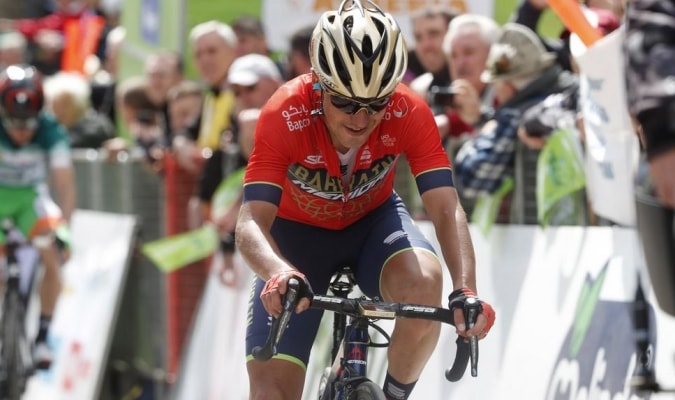 (AP) – Domenico Pozzovivo will undergo surgery and miss the Vuelta after being injured in a collision with a car while training.

The 36-year-old fractured bones in his leg and arm in the crash in Cosenza in southern Italy on Monday and was taken by ambulance to Annunziata Hospital.

His Bahrain-Merida team says Pozzovivo is in intensive care and will need surgery but he is ”stable and conscious.”

The team says it will give more updates after surgery.

Pozzovivo was set for a leadership role for Bahrain-Merida at the Vuelta, which starts Aug. 24. The team is expected to take Sonny Colbrelli and Dylan Teuns to the Vuelta.

He was also forced to miss the 2014 edition of the race after breaking his leg in another training crash.