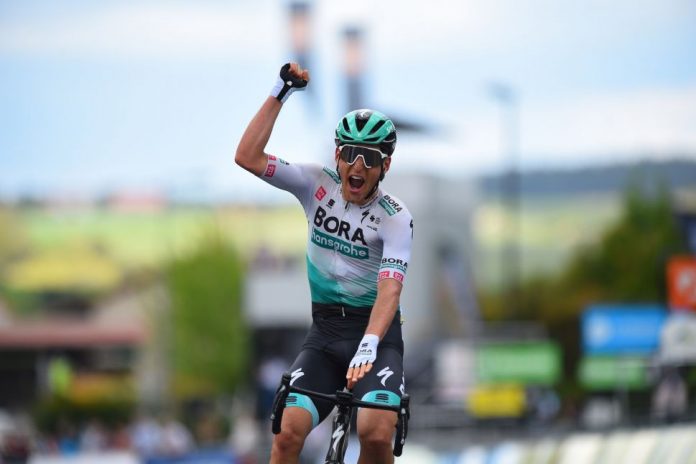 You can rewatch STAGE 2 of 2021 Criterium du Dauphine HERE

The Austrian, the sole survivor of a long-range breakaway, just clung on for the win after a 172 slog over five hills from Brioude to Sauges.

“I planned it already a few weeks, and I believed I could do it,” Pöstlberger said. “I saw the profile and I thought the climbs would be too difficult for the sprinters. It was hard. I was trying to pace myself on the climb, but the last kicker got me. The last ‘K’ was just awful, it was just pain.”

Overnight leader and surprise winner of Sunday’s opening stage Brent Van Moer finished three minutes down on the peloton, which sped up the final incline trying to catch Postelberger.

Sonny Colbrelli was again second and lies 12s off the overall lead while Alejandro Valverde is in third at 20s.

In the final chase, Chris Froome was dropped as he continues to struggle to rediscover his form.