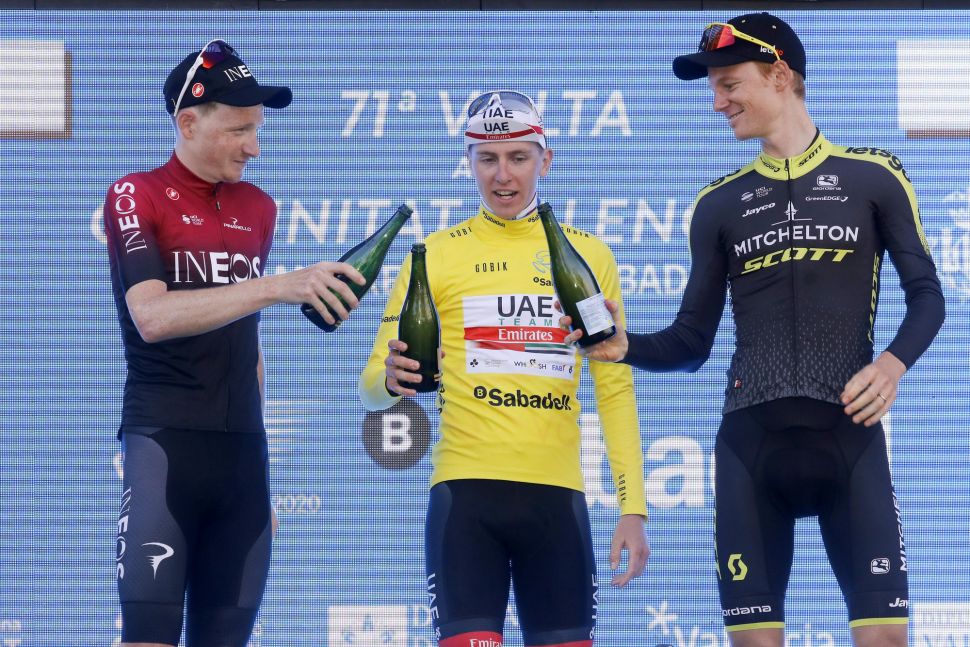 Tadej Pogacar won the Volta a la Comunitat Valenciana as Fabio Jakobsen’s sprint victory in the final stage posed no threat to the Slovenian’s triumph in the general classification.

“This win means a lot to me, especially after all the hard work we did in the winter to prepare,” said Pogacar, who won three individual stages at last year’s Vuelta. “To start my first race (of the year) and win is incredible.”

Pogacar added his focus now will be to hit top form at the Tour de France, which starts in June.

Dylan Groenewegen (Jumbo-Visma) and John Degenkolb (Lotto Soudal) came second and third respectively behind Jakobsen, who took the lead on the final turn and held on for Deceuninck-Quick Step’s seventh win of 2020.

“We wanted to start the season well and that’s why we came here to try to win a stage. I’m very happy we succeeded,” said Jakobsen.

“I’m happy to be in this team because they put me in the perfect position to win the sprint and I’m happy I won – for them and for me.”

We were treated to a thrilling sprint finish in stage five of #VCV2020 with the @deceuninck_qst rider coming out on top ? pic.twitter.com/gHDWscD0XG