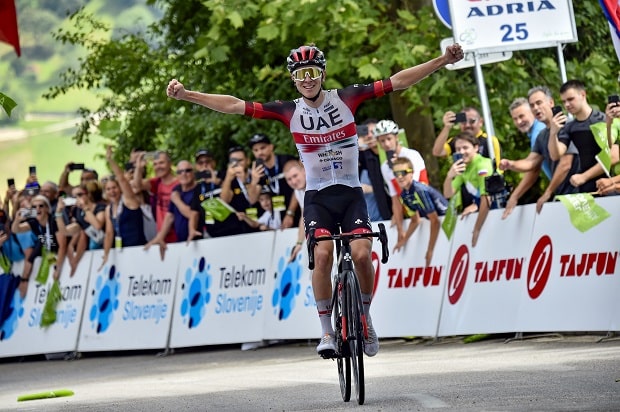 Tadej Pogacar powered to victory in Celje on stage 3 of the Tour of Slovenia after he escaped teammate Rafal Majka and Nicola Conci in the final kilometer.

“As a team we have worked perfectly to keep the situation under control. On the climb, Rafal and I decided to attack together and it was enough to create a margin on the chasers,” said Pogacar.

“The descent was very slippery, also due to some rain that had fallen; I knew it would be difficult to ride it hard, Conci recovered well and at that point we knew we had to move intelligently on the last hill . It went well, I’m very happy to have got the win” 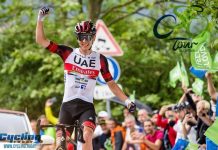