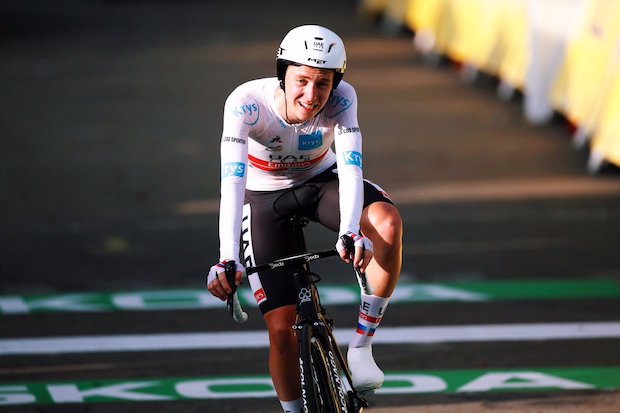 The 21-year-old won the solo effort against the clock as Roglic, who had started the day with a 57-second lead in the general classification, cracked in the uphill section, a 5.9-km climb at an average gradient of 8.5%.

“I don’t know what to say, it’s a dream,” said Pogacar, who now leads second-placed Roglic by 59 seconds ahead of Sunday’s final stage, a largely processional ride to the Champs Elysees in Paris where only the final sprint is contested.

“Getting the yellow jersey on the final day, we were dreaming of it since the start. I knew every corner on the road, thanks to the work of my team.”

Only a major mishap Sunday – highly unlikely – on what is traditionally a leisurely and ceremonial ride into Paris before the final sprint to the line will prevent Pogacar from taking over from 2019 winner Egan Bernal, who was 22, as the youngest post-war champion.

”I can’t wait to cross the line in Paris,” Pogacar said.

Richie Porte will complete the podium, having ridden his way from fourth to third overall in the time trial to the Planches des Belles Filles ski station.